As a beginner, if we ever wanted to start a project, using yarn, we would just find the color we wanted and grab it, right? Then once we get home, we find out that the knitting needles or crochet hooks, aren’t for that type of yarn.

The chart that is shown above, will be your best friend while shopping for the right kind of yarn. Most of the yarn, that you can get, have one of this pictures with the yarn on it, saying the number of what kind the yarn is.

Something like this. I will tell you what size the yarn is and even recommends what size crochet hook or knitting needles you should use with this yarn. Most of them have this on their packaging, which is very helpful for everyone.

Now, let’s get into detail with each one.

The picture that is shown about, shows the thickness of what each one looks like. I will be going through them all and explaining which one would be ideal for the project you are looking for. 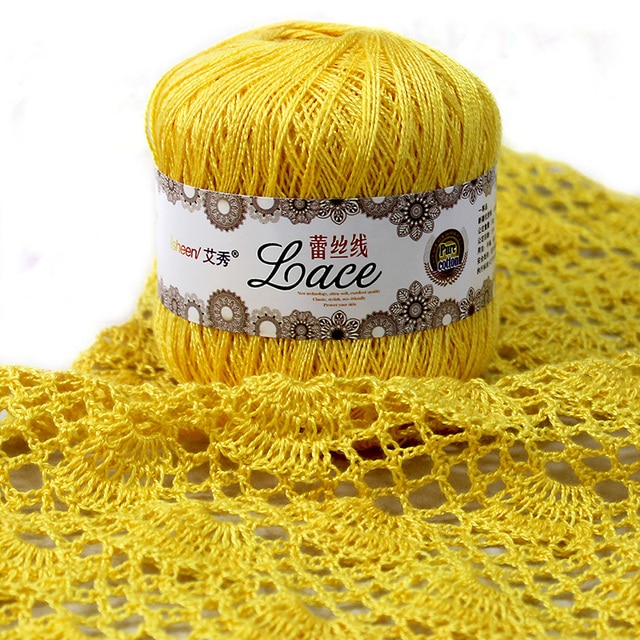 This is one of the thinnest yarns that will be on this chart. If you are looking to make fashionable clothes, scarfs, hats, or hand warmers, this is what you would mostly use.

Lace yarn makes the project look more ‘perfect’ or it looks better in presentation. If you are a beginner, I would hold off on going right to the thinnest yarn. 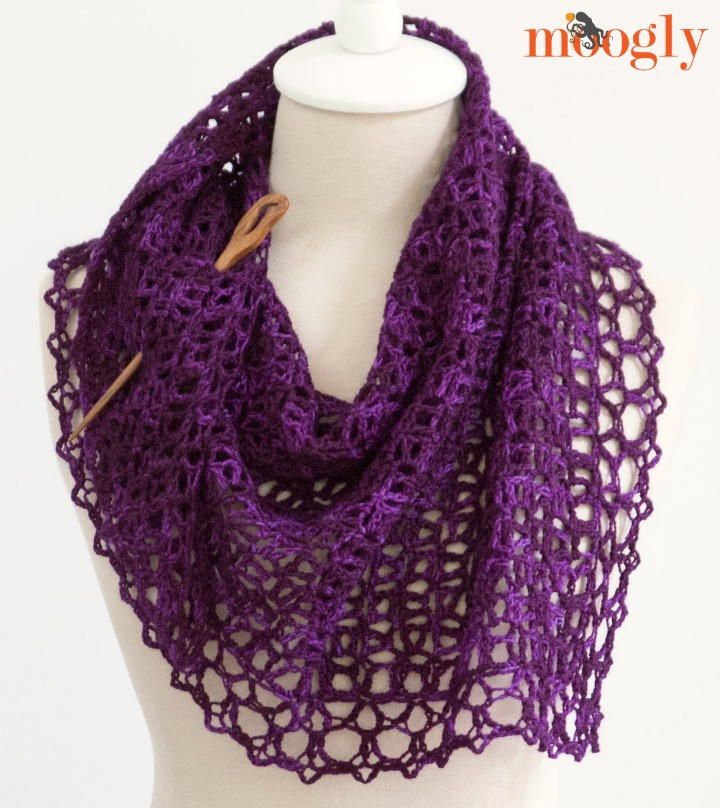 Sport, or Fine yarn can be used to make headbands, for babies, little cute stuff animals/characters. If you are looking to make some baby booties, this might be the yarn for you as well! 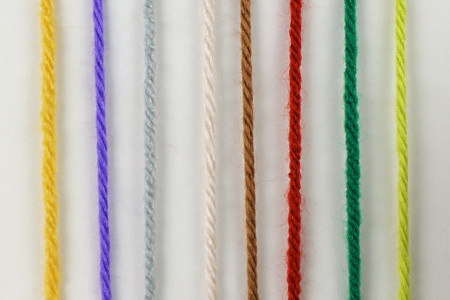 If you are looking to make some stuff for the winter time, then you would use this. The type of yarn is thick to make great blankets with, or have a hat, scarf, and mittens for yourself. Although, you might need bigger crochet hooks and knitting needles for these projects.

My son and daughter’s blankets, I used this type of yarn, of course, they didn’t come out perfect, for my first time, but they loved them both! 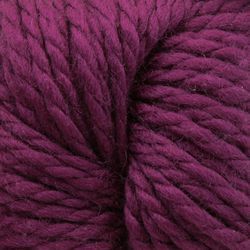 You can even finger crochet with this as well, or just make a nice big pillow to go on your couch.

With all of these yarns, the projects are endless. The best part of buying yarn, is that each one comes with a pattern, so if you have been throwing them away, you have been missing out.

Next Tuesday, I WILL have a tutorial on how to make a bookmark, crocheting. I just forgot about it and haven’t had a chance to get into it, due to I am working on a blanket for my fiance, which I will blog about when I am finished! Happy Crafting Dearies!

When you here the game Sims, what comes to mind? I think about The Sims games, creating a character and controlling their life. A lot of people forget that the Sims first originated from SimCity, where you created a city and made sure that it was successful.

I’m not going to talk about SimCity, though. This is mainly about The Sims. I’ll be honest, I’ve never actually played the Sims, but for it’s time, it was amazing. To be able to control their life, made them do whatever our hearts wanted them to do.

It was like GTA, but without the violence and free will to move your Sim manual. You could even create your dream house, have a family, or get the job of your dreams. When I got hooked, it wasn’t with the first The Sims, it was The Sims 2.

The first time I saw The Sims 2, was when I was on YouTube. I had came across it and it was recommend to me. A lot of people actually used The Sims 2 game, to create movies or series, or what got me hooked on, was the teen pregnancy series.

You must think that I’m weird to like to watch them, but seriously, look up the series ‘My Life’. The creator of that series, she really got me to thinking that I wanted to do something creative like that. If you actually watch her series, from her very first episode, to her newer ones, she has come a long way.

The Sims 2 had more to offer, as well. There were more add-on’s to the game, such as the different seasons, hobbies, and even jobs. It made the game play more like real life.

I finally had a chance to buy it for myself, and I am currently, trying to learn how to film and make a good series, that I will post on my YouTube channel.

Even if you aren’t trying to make a series, its a great way to past the time on a rainy day. Hell, I even when forward and created my fiance, son, daughter, and myself into the game. I highly recommend getting this game! It’s the best of both worlds. 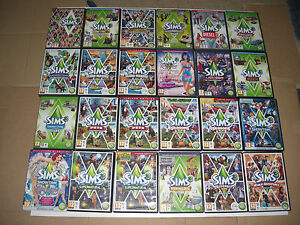 I’m going to try my best not to bash this game. It wasn’t a bad sequel to The Sims 3. They added a lot of new things, such as making it easier to custom clothes and items, you didn’t have to wait for loading times to get from one place to another, and you could follow your Sim to work, the hospital, etc.

There was one BIG issue with this game. It is SO buggy. If you didn’t have the best computer in the world, you were bugging because your game would lag. Brand new or with mods, it would lag, or the loading time would take forever. Especially if you are in create-a-sim.

To me, the creators wanted to get this game out, as soon as possible because of the high demand that The Sims 2 was, so they did rush it, a little, by adding some stuff that the other games never had.

The one thing that I LOVED about it, was that you could follow your Sim anywhere without having to deal with those loading screens and the way you could custom, almost everything.

The Sims 3 was the first Sims game that I have ever own and I had the season, pets, and supernatural packs that made the game play so much fun! I wonder, now that I have a better computer, if it would run better?

Last, but not least, let’s get to the newer Sims game that came out in the last few years, The Sims 4.

Again, this is another game I haven’t touched, yet, and I have looked into seeing if it is really worth getting, but to me, the creators went back a couple steps. You think with a newer game, it would be better and would fix the problems from the last game, well, they did, but not very well.

I have heard that the game play is okay, graphics are okay, etc. It is missing A LOT from The Sims 3 game. You have loading screens for EVERYWHERE you go, even if you are going to the next door neighbor.

It’s not as buggy or laggy, as The Sims 3 was, but they had to get rid of a lot of stuff, in order to fix it, which a lot of people were disappointed in. The Sims 4, seems to me, boring. Just because they didn’t add anything new that would make us get excited.

Although, they did add a pack that basically makes you do your Sims job. Which was something that we could do in the other games, but I would rather just fast-forward my Sim’s job, then doing it, I’m already controlling pretty much them, why should I have to do their work for them?

Which is worth playing?

The Sims 2, hands down. I would recommend it to everyone. It plays great on Windows 10, there is a few glitches, but it’s still playable. I like how the Sims are in this game and how you can do so much.

Plus, it still has that SimCity feeling to it, so that I could make my own town, I could. I am hoping to get a few more packs, just to play around with it some more. I do have the the Late Night and University packs, so I am hoping to either get Pets or Seasons next.

If you are a Sims fan, which game do you prefer? Leave a comment down below! There has also been a rumor that they are working on The Sims 5, do you thinks they should have another Sims? If so, what do you think they need to improve or leave alone?

Happy 5th birthday to my little princess, I'm so proud of you and no matter what I'll always be there for you❤️ Can't wait to spend the day with you ❤️❤️
Today, I'm 25 years old.
"'Cause you're a sky, 'cause you're a sky full of stars
Celebrated Liams 6th birthday at Santa's Village, was hard in thr beginning of the day, but Bella had a lot of fun ❤️
Bella wanted a video game and I found this Leapster TV plug in game and she loves it! She's a mini gamer in training
Well I tried 😅
Advertisements
%d bloggers like this: