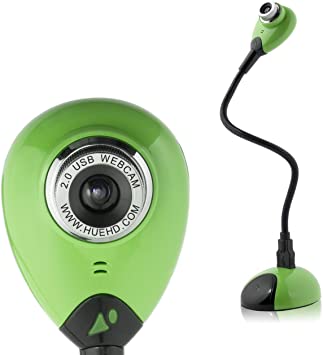 Hey Dearies! Forgot to post this Saturday, but I wanted to review this webcam since it was something that I ended up getting for myself when I was doing Facebook lives all the time.

One of the reasons as to why I was looking into webcams that were overhead, was because I wanted to record videos of my crocheting so that I could post them on my blog and/or to YouTube.

Most of the camera’s that I found were between $99-$200. Since I didn’t know anyone else, I figured to see how well the cheaper camera would do. Now, a lot of the time it is a hit or miss when you buy something that is cheaper, so I took a chance.

When I got this item, I paid $50 buck for it on Amazon, which wasn’t too bad, I just hoped that it would do the job that I was hoping it would do, which is sort of did. It also came in four different colors: green, red, blue, and of course black. I got the green one.

If you have been following me since the beginning, you know that some of my lives are used with my phone and a tripod, but in some of the other videos, you couldn’t see the tripod, which was when I was using the HUE Webcam.

Now, before I purchase any products, especially on Amazon, I always just see the reviews, both good and bad, which for this product, it was kinda split in half. Meaning it worked for some and others, not so much.

For me, the first few times I worked with the camera, it worked great, downloading the CD program worked on my computer and it worked with no problems, but after a few times of trying to record longer and live, it started cutting out or not working.

I’m not sure if it was my computer or not, but it made it really hard for me to want to record or try to go live. I would even uninstall it and reinstall back onto my computer, sometimes it works that way, other times, not to much.

The good thing that I liked about the camera when it was working for me, was when I could adjust the picture or video clearly by turning the lens of the camera. I also like how there is a light to indicate when the webcam is plugged in, however, there is no manual control to turn it off and on.

Also, another feature is that you can attach and detach the camera from the base, which I found really helpful because if the base doesn’t want to work for you, you can always plug the camera directly into your computer base.

I might have to try it out on my laptop, and see if it works or not, and I will update when I do that.

Overall, for the price, it was okay, I wouldn’t get it again unless it was a last resort or they had it upgraded to something that was better than before. If anything, I would try out one of the more expensive ones, just to see if there is a major distance.

The good news is that, in good lighting, it records great! I just don’t understand why it was cutting in and out all the time. One of the options that I found very helpful, was that you could adjust the camera very easily, to any angle you needed it to be.