I know a lot of you are thinking, ‘Minecraft is a childs game.’ Well, it is, but to me, it’s not bad game play.

I started playing back in middle school, I remember borrowing my neighbors username and password just to be able to play it. If you don’t know what Minecraft is all about, let me give you a quick background to the game.

Basically, there are two modes you can chose from: Survival and Creative. Survival is where you gather the supplies you need to survive and then you can go into a portal called the Nether. Or you can use your skills to face off against the Enderdragon in The End. Or, if you simply just don’t want to get killed and just want to fly and build stuff, Creative is the way to go. 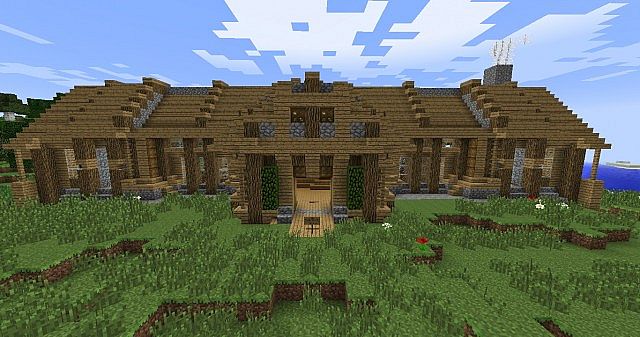 I prefer Survival. I like a challenge, so I put it on hard. You can change the difficultly to 4 different modes, as well:

Peaceful – This is when you can play with no mods or monsters. Perfect for new players to start out.

Easy – This mode has mobs or monsters that come out at night or they will spawn in dark areas. When you get hit by any of this mobs or monsters, you won’t lose as many hearts as you would if the difficulty was on Normal. Here are a few of what the monsters look like in Minecraft.

Normal – Basically, most of the experienced players use this mode. It’s a perfect balance of mods and monsters. Your hunger does go down a lot more and so won’t your hearts. So it might be a good idea to always keep some food in your inventory.

Hard – This is where you would see more mods and monster out in the day and night. Being hit by any of them will make you lose more hearts. Armor would be your best friend. Also, you might be lucky enough to get a zombie to break down your door. It’s rare, but in Hard mode, it is a better chance to get one.

I’ve played the PC, Xbox 360, Kindle, PS3 and PS4 versions of Minecraft. My favorite has always been PC because you don’t have to be friends to connect with anyone. The console versions, you HAVE to be friends with them in order to play. The only other way they can connect is if you have it to allow friends from friends join.

In over all, you can build stuff, be a farmer, fight mods or monster, and make potions. At time, it can get bored very quick when playing by yourself.

I don’t mind playing multiplayer online, but some of the people that I do play with always want to talk on a microphone. What really drives me nuts is when they follow you and think that you were building a house for all of us, when really, I was building a house for myself.

I almost forgot! Minecraft has created themes for the game, of course, it doesn’t come with the base game. I bought the builders pack and I have been in love with the Greek Mythology one.

Minecraft’s Greek Mythology Game Pack. Doesn’t come with the base game. Must be purchased in the Playstation Network Store.

So, there you have it! I will making more blogs on the different themes, animals, mods, monsters, or building you can do in Minecraft. So look out for those!

Back in the day, we didn’t know how bad smoking cigarettes can be. Now, you don’t see any commercials promoting cigarettes or tobacco. Still to this day, people still smoke cigarettes.

Had I smoked a cigarette before. Yes, but I didn’t smoke enough for me to become addicted to them. My fiance smokes and last year, he almost went an entire year without smoking, but unfortunately, he got back into the nasty habit.

Smoking is a very difficult thing to quit, but one thing that drives me nuts is parents who smoke around babies or children. I believe that a baby or a child shouldn’t be anywhere never or around cigarettes.

Some of you may think that its okay, just because you grew up in a time your parents smoked around you. It’s not. Second hand smoke is even worst then just smoking a cigarette. It’s even worst for babies or children to inhale it.

Even when you are in another room or holding up the cigarette away from the child, they can still inhale the second hand smoke. Especially in a car. Rolling down the windows WILL NOT prevent the smoke from getting to the child.

As a mother, who had a child with a heart condition, it’s even more fatal. I’m one of those moms that will not go into a house or car if it smells like cigarette smoke. I was never around it and I want my kids to not be around it.

I especially don’t want to hear or see my kids pretending or wanting to smoke a cigarette. I will teach my children that cigarettes are bad and that you shouldn’t be like someone just because the smoke cigarettes.

I believe that my children should be able to breathe in fresh clean air versus second hand smoke. I’ve lost family because of cigarettes, I don’t want to risk my children’s life just because someone has to have a habit that they started.

Happy 5th birthday to my little princess, I'm so proud of you and no matter what I'll always be there for you❤️ Can't wait to spend the day with you ❤️❤️
Today, I'm 25 years old.
"'Cause you're a sky, 'cause you're a sky full of stars
Celebrated Liams 6th birthday at Santa's Village, was hard in thr beginning of the day, but Bella had a lot of fun ❤️
Bella wanted a video game and I found this Leapster TV plug in game and she loves it! She's a mini gamer in training
Well I tried 😅
Advertisements
%d bloggers like this: