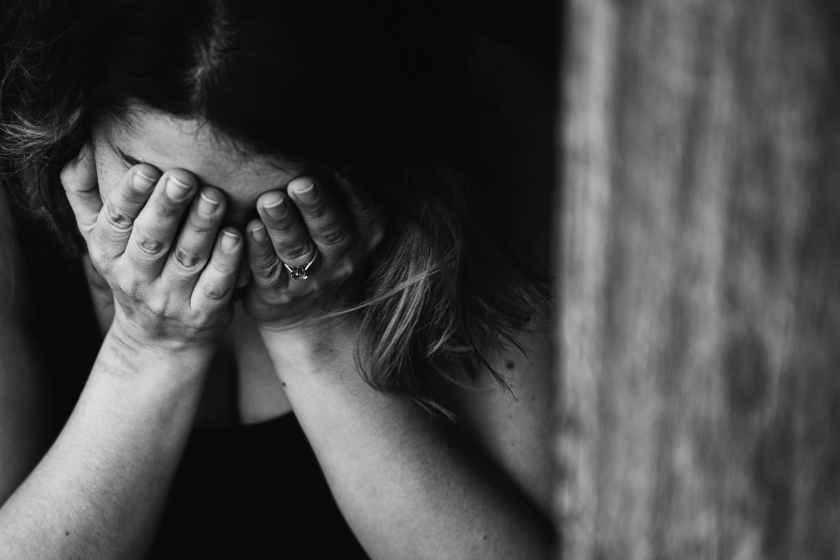 Hey Dearies! I know it has been awhile, but lately I have been in a weird funk and I haven’t been in the right mind to really write lately, but after a few events, I really want to keep you all posted on what has been going on in my life lately.

As you all know, I left my daughter’s father and I guess a lot of people were very ‘shocked’ by it, but others weren’t. Long story short, I became very depressed being a stay at home mom last year and with my family far away, it was very difficult for me to handle. I don’t think my father’s daughter really understood what was going on and just thought it was something that I would just get out of.

Anyway, I left at the beginning of the year and his family was more shocked than everyone else that was around us, such as my family. My father daughter ‘didn’t see it coming’, but what he didn’t know, the signs were all there.

I was losing who I was and I wanted someone who wanted to grow with me.

As a mom, it’s hard to do something like this because we put the blame on us that we couldn’t try harder to keep your family together or we think back on what we could of done differently. Sadly, a relationship works both ways, two people have to both put the effort into a relationship, that wasn’t happening in my situation.

I had a very difficult time leaving, just like other moms, including my own, when they wanted to leave their relationship. It’s not easy, but it’s better for the parents to both be happy, whether they are together or not.

Sometimes, you have a break down and realized that you want to fix things, that happened to me a few weeks after I broke up with him. See, let me explain something that most moms like me would understand.

I wanted him to prove that he wanted me, that I was still someone he wanted to be with and spend the rest of our lives together, but the one thing that broke my heart more, he let me walk out the door and didn’t chase me or stop me.

You see, when you are in love with someone, you don’t want them to ever leave your side. That’s your person you want to be with for the rest of your life. Well, it broke my heart that he didn’t chase after me. Even though I left to take care of me, I wanted him to chase me and show me how much he cared for me.

Instead, he didn’t and it crushed me.

We did try to make things work and I gave him questions to answer, which he did. Some of the answers I was impressed, others not so much, but I’m not going to share that with anyone because of the fact that it was between him and I.

He wanted to start fresh, clean slate and work on things, but when I suggested therapy, he wasn’t for it at all. Which isn’t just him, a lot of people doesn’t think it helps when it really can, if you actually let it.

As you can guess, that didn’t happen and I had some time to think about everything. Why I left, what would happen if I went back, would I still be unhappy, the same questions I asked before leaving him. Instead, I made the choice that we should co-parent and be peaceful for our daughter’s sake.

We both agreed that this would be what is best for our daughter, which in a way shocked me because for someone that wanted to work on things, he was really okay with just co-parenting. Which was fine, however, something recent happened that really put me in this weird place.

Before I explained what happened, this upcoming month, our son would’ve been 5 years old and this was going to be the first time that we were going to celebrate it not being together as a couple. This year was going to be even harder because this is the 5 year mark that he has been gone.

I’ll be honest, this has been the hardest year for me to endure. I’ve been trying to be strong for my daughter’s sake, but it’s harder said that done.

I was hurt. I was broken. I was crushed. Most of all, I was angry.

I know what most of you are thinking, “you left him”, “he’s single”. Which you are all right, I shouldn’t make a bigger deal that it should be and I’m not trying to, but it’s hard to not let things like this bug you, especially since this was about 3 weeks after we decided to co-parent.

I just thought after 6 years together and 2 kids, I thought I meant more to him than I thought. I feel like he is trying to replace me.

That’s what hurt me the most.

I looked back at all the memories that we made, the good, the bad and all I could think of was it all a lie? Did I not mean anything to him? Am I that easy for people to replace?

This isn’t the first time this has happened to me, my ex before my daughter’s father did the same exact thing. So, to have it happen again, but with someone that you have kids with, all I could think of what is wrong with me?

Is it how I look? Did I not mean anything to him to begin with? What he using me? Did he just dealt with me until I left? Did he want me to leave him? Did he even care? Did he really love me?

All those questions are still running around in my head and I don’t know why. Situations like this either should people’s true colors or makes you wonder if you were the problem. I give so much for others, I’ve always done that. Put other’s before myself and people take advantage of me for that.

So, now, I’m trying my best to pretend like it doesn’t bother me and try to take it one day at a time. All I can do now is be the best mother in the world to my daughter. That’s all I can be.

I know this isn’t a happy post, but I just had to get this all out and don’t worry, I’m going to try my best to come back and start doing my blog again, but with these next 2 months are going to be the hardest, so I may or may not be posting anything for a little bit.