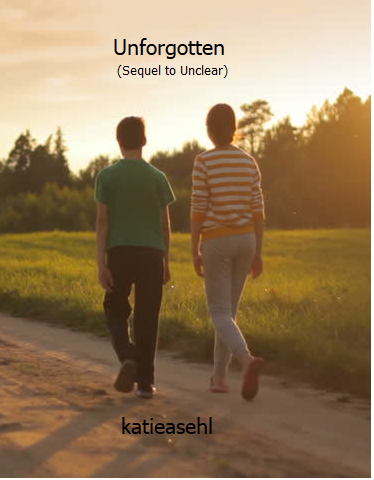 If you haven’t read Chapter 19, here is the link:

Marie’s P.O.V
As I laid on the bed, in my hall, trying to catch my breath. James rolled over and laid his head on my chest. I smiled. It felt good to feel like a human, although, I’ll miss being a vampire, just because you never get tired.

“Wow, it feels like a long time since I’ve actually had to catch my breath.” James chuckled, tilting his head up to look at me.

“I know. I just can’t believe it.” I said, sitting up, grabbing a sheet to cover myself, as I got off of the bed. “Now, we really need to get you prepared.” I grabbed James’ pants and underwear and threw them on him.

He grabbed them and got out of bed to put them on. “Fine, but we are taking a break and doing that again.” He smirked. I rolled my eyes.

I quickly grabbed my clothes and threw them on, then remaking the bed, again. I felt his arms wrapped around my waist, as I tried to make the bed. “James, we really need to focus,” I said as he turned me to face him.

“I know, but this is exciting. We have been dreaming of this since we were both turned. I know things were different when we were human before, but my feelings haven’t changed and we need to tell them, Marie.” James said as I nodded.

As much as I want to tell them, I’m not sure my sister-in-law will really understand. Back when we first met, James was in love with Jade and left me to be with her. After she chose my brother, James went down a bad hole but managed to send me a message before he overdosed. I turned him and taught him the ways of being a vampire.

After being by ourselves for a few years, things started to change and we both fell for each other. We would talk about having a family, living in the same cottage that we were and being together for the rest of our life. We never thought that we would become human again, let alone be a part of the spiritual circle.

“We will, I promise. Let’s just take care of one thing at a time, okay?” I said as he pressed his lips against mine. I pulled away and smiled. “Now, back to work.”

As we got into the main hall, Athena and Logan were laying on the floor, it looked like they are sleeping, but their eyes were open and completely white. I knew what was going on, they were having a vision. Not just any normal vision, but one that they are apart of, someone put them into this.

“How long have they been like this?” I looked up and asked Elle. I saw Jade hovering over both of the twins. “Don’t touch them, they are having a vision.”
Jade’s eyes grew, as I could see the fear in them. My brother, stood by her, as I looked over at Elle. “They just started.”

“What’s going on with them?” Tanner asked as I kneed down, looking over Athena and Logan. “They just dropped to the ground as if they were shot.”

“Someone put them into this spell. James and I might be able to break it, but we need to put them in a circle of salt, now.” I said as I stood up and Elle handed both James and I salt. We poured it around them, once the circle was complete. their eyes closed but still weren’t awake.

“Whoever was controlling them, wasn’t as strong as I thought,” Elle spoke as she looked over to me. Dean and Roxi ran over to see what was going on. I looked up at both of them and looked over to Elle. “You think that will work?”

“There’s only one way to find out,” I said, looking over to Dean and Roxi again. “I’ll explain what happened to them, but you both need to do something for them, right now.”

“Anything,” Dean spoke. I looked at Dean.

Jade looked at me like I was crazy and pulled Dean away from kissing Athena. “You are not going to make them kiss my children while they are sleeping. They don’t even know each other! This isn’t right!” Jade yelled at me.

“Do you want your children to wake up? This is just a theory that we can try, we need to get them up. The other leaders will be here soon, we don’t have time to waste.” I replied, I then nodded over to Dean and Roxi, as they both nodded back.

Once Roxi’s lips met Logan’s his eyes fluttered awake, we all heard him take a deep breath in. Jade and Tanner rushed over to make sure he was alright, and carefully sat him up. Logan quickly looked over at his sister, with panic in his eyes. “We need to wake her!” He screamed, Tanner pulled Logan back.

“Fuck,” James spoke as he noticed the blood, Dean pressed his hands on her wound, as Elle grabbed towels to help keep the pressure. “We need to heal her, Marie.”

“I know,” I said, getting down on my hands and knees. “Dean, I need you to move your hands.”

“No, I’m not going to let her bleed to death.” He said, as tried moving his hands. “Teach me how to heal her.”

“There’s no time! She’s bleeding out right now.” I pushed him aside and closed my eyes.

“Beatus esse: obsecro, sana quod” I felt the power flow through my hands and onto Athena. I heard Athena breathing, again, as my eyes opened.

I saw her eyes open but saw that something happened to her, something she saw. She turned to look over at her brother, as they both held each other in their arms. “What happened to us?” Athena spoke as her eyes met with mine.

She looked down and saw the blood that was over her body, as she started to freak out. I grabbed her hand and calmed her. “Take a deep breath, and look under your shirt. I took care of it.” She lifted her shirt and showed her stomach, which had nothing there, just dried blood. I saw the relief in her eyes.

Athena looked over at Logan. “We need to tell them, what happened,” Athena said as Logan nodded.

“Athena, why don’t you go clean up and relax, Logan will tell us,” I said as Athena frowned, Dean, helped her up and walked with her to her hall.

“I’ll be with Athena,” Jade spoke, walking with Dean and Athena. Once they left the room, we looked over at Logan.

“You guys aren’t going to like this,” Logan said as his eyes where glazing straight as Roxi.

New chapters will be posted every Monday! Can’t wait til then? Check out the book on Wattpad! Search ‘katieasehl’, not only will you find this book, but other’s that I’ve finished or currently working on!

Butterflies all made the transformation and were released. Bella loved watching them transform and apparently so did the cats 🤣
"So sue me
Got my little girl a butterfly growing kit, she's so excited to watch them grow 💗
"Now look at me, I'm sparkling
First attempt at a cardigan, not my best, but hey it happens haha
Getting back into my crochet grind since I finished all of my big projects, except 2, but I'm working on getting those done, I swear haha
Advertisements
%d bloggers like this: